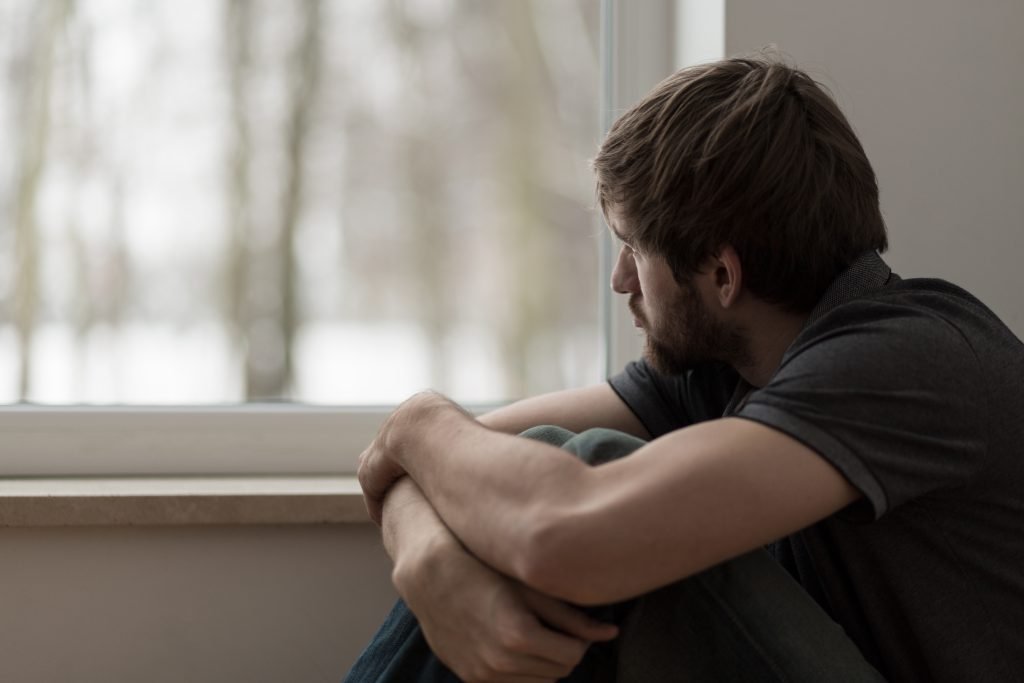 Anxiety and depression are invisible disabilities that can lead to extremely poor quality of life for many of the millions of Americans impacted by these conditions.  These mood disorders can result in exhaustion, poor sleep, and extreme sadness, worry, emptiness or hopelessness.

In addition to the emotional consequences of depression and anxiety, physical issues can also crop up.  These may include digestive issues, headaches and chronic pain.

Statistics paint a bleak picture when it comes to depression and anxiety. The most recent data from the National Survey on Drug Use and Health showed that in 2018, an estimated 17.7 million adults had at least one Major Depressive Episode (MDE), defined as a period of at least 2 weeks when they experienced depressed mood or loss of interest or pleasure in daily activities along with problems sleeping, eating, energy concentration or self-worth.

According to the National Institute of Mental Health, the National Comorbidity Study Replication showed that nearly 1/5th of adults had some type of anxiety episode in the past year, and that an estimated 31.1% – almost ⅓ of the population – experience an anxiety disorder at some point in their lives.

There is likely some overlap in the two statistics; in fact, about half of those diagnosed with depression also have an anxiety diagnosis. Still, that’s a lot of people to be impacted by these often debilitating conditions. And there are likely many others who aren’t diagnosed, but suffer some form of anxiety or depression in their lifetime.

The advantages of PEMF therapy for Anxiety and Depression

While treatments exist for both anxiety and depression, many come with side effects as bad or worse than the original problem. And many health problems that arise due to anxiety and depression simply don’t respond well to conventional treatment, leaving countless people suffering for extended periods of time.

Being treatment resistant means you aren’t responding to conventional treatments like medication, psychotherapy, or cognitive behavioral training.  This happens to quite a few people impacted by anxiety or depression.

One study conducted at Harvard University found that PEMF therapy had a greater than 10% significant improvement in mood in patients with bipolar disorder and patients with major depressive disorder after just one 20-minute treatment1.

PEMF Treatment to the brain helps anxiety and depression

Depression and anxiety are emotionally painful.  Chronic pain of any kind can have a negative impact on the brain. That’s because your limbic system and frontal cortex are activated constantly, which alters the perception of pain.

Medication and other conventional treatments cover up the pain without looking for the root cause.  They don’t address the changes in the brain at all. PEMF therapy, on the other hand, has been shown to be effective in changing brainwave patterns in what’s called entrainment.

While there are other types of stimulation used for entrainment PEMFs reach more deeply into the brain.   PEMF therapy can thus impact both the chemical and hormonal imbalances that can be at the root of anxiety and depression more effectively than other forms of stimulation.

Numerous research studies have described the impact of PEMF therapy on anxiety and depression.  In one study, after five weeks of active treatment with low intensity transcranial PEMF participants in the active T-PEMF group showed a 62% reduction on a Depression Rating Scale.  Noticeable improvement was found early in the treatment course in this study.2

Another study conducted at home found using the same device as the above study showed that after daily treatment for eight weeks, 73% of participants found relief from depression. Since only 27% reported relief five weeks in, this study highlights the need for long-term regular use of PEMF therapy to effectively treat depression.3

Research in animals and humans has shown PEMFs to also have a positive impact on anxiety disorders.  One study showed a reduction of “anxiety-like behaviors” in mice after just fifteen minutes of treatment.5

A study in healthy women showed that low intensity PEMF treatment applied to two areas of the brain for nine minutes induced changes in brain EEG.  Since PEMFs can decrease higher EEG frequencies commonly found in anxiety disorders, they are likely very effective in treating anxiety.6

The impact of sleep on anxiety and depression

One of the most common issues with anxiety or depression is an inability to get enough quality sleep.  And because chronic sleep deprivation can lead to sleep disturbances, it’s hard to know which came first.  The good news is that PEMF therapy can treat both mood disorders and sleep.

Using medications for sleep, just like other medications, causes side effects – including excessive drowsiness upon waking.  Regular PEMF therapy promotes quality sleep, and you’ll wake refreshed and rejuvenated.  Because the BioBalance can be used throughout the night, it can help with nighttime waking and physical discomforts that can lead to early waking.

Daily PEMF Treatment for Anxiety and Depression with BioBalance

As indicated above, long-term daily treatment is a safe, non-invasive treatment for anxiety and depression.  A home device, such as the BioBalance, is ideal for flexible, convenient treatment.  Using PEMF therapy for just 30 minutes before bed can help you sleep and relieve depression and anxiety. For some, all night treatment might be warranted, and the BioBalance is the perfect solution.

The BioBalance PEMF device was designed for medium-intensity regular use.  Therapeutic frequencies range from 0.5Hz to 23 Hz, and background carrier frequencies ranging from 300 Hz to 1,000 Hz are also present.

Biobalance comes with a full body mat and a pillow applicator, which allows for maximum flexibility and ease of use.  Placing the small pad underneath the pillow can promote brainwave entrainment for nighttime sleep promotion and maintenance.

Anxiety and depression are hard to live with – and you don’t have to.  Try a BioBalance PEMF device and feel better quickly!

Help us spread the word

BioBalance PEMF products have not been evaluated by the FDA. BioBalance PEMF is intended for the beneficial effect as set forth in the directions and instruction literature. These products do not claim to diagnose, treat, cure, or prevent any medical condition. Always consult your medical doctor regarding any health concerns. The use of a PEMF device is contraindicated for people with pregnancy, epilepsy, bleeding, implanted metals and pacemakers.

BioBalance PEMF is not related to or in any way associated with the BioBalance Health medical practice.